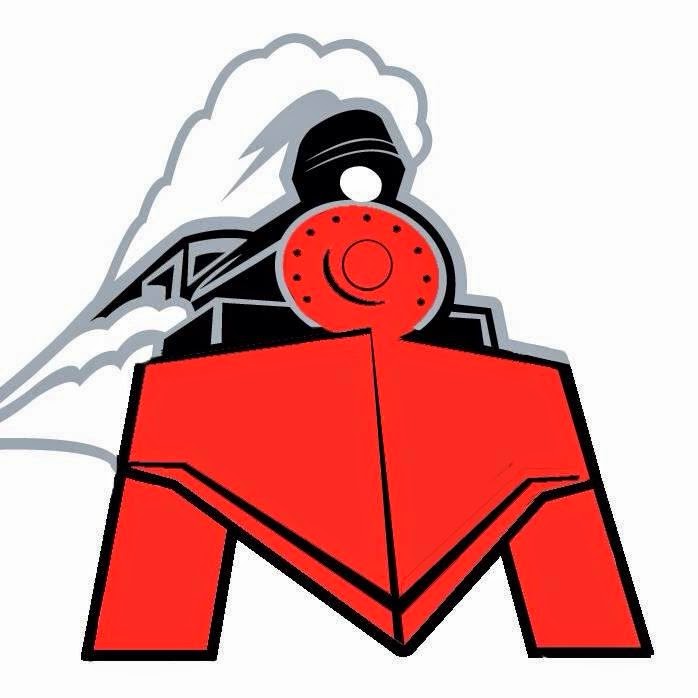 My wife and I had visted sometime about the 2014 racing season and I was lucky enough to get an early entry into Ironman Chattanooga through Endurance Nation.  Note this was from all the hard work the team had put in and landed us a 1st place finish in the Team selections.  I was so excited cause this was the inagural event for this location.

Unfortunately I was not able to get to Chattanooga to ride the bike course or run the run course but I did dig deep into the information Coach Rich and the EN team provided along with everyone elses info provided on the Ironman Chattanooga Facebook page.  From what I could tell the swim would probably be a non wet suit swim but a down stream swim.  The bike was going to be a few clicks below the Ironman Wisconsin site and the run was going to be tough.  Why?  Cause they had significant climbs in miles 8-12 and 21-25.  Note I did most if my training for this course on the Ironman Wisconsin bike course.  I was thinking if I could feel comfortable on the Ironman Moo course then I should be able to handle the Choo Choo course.  I am a strong beliver in riding and running the course you will be racing on before hand but just couldn't make it work this year.

My season well never really ended from 2013.  I finished Ironman Cozumel in December with a PR for a very rough day, took a couple weeks off, then started my 2014 Outseason with Endurance Nation.  This is a 14 weak program that concentrates on speed on the run and power on the bike.

I had the pleasure again working with a local bike coach and swim coach that really made my season fun but really tough.  I swear my local bike coach just wants to see me fail but in the long run I really understand the thought process or I just keep telling myself that.  Big thanks to Mike Foote and Tom from the gym I work out at for assisting my with my stroke and swimming technique.   I tend to be really really really lazy with my swim but understand its truly about the stroke and time put in.

Note most of my training was done on the Ironman Wisconsin Bike course throughout the season and a local course I have been training on for several years that truly puts the Chattanooga course to shame.  I had the pleasure of coaching and training with John Barlow who pushed me beyond means on the run and I then complimented him on the bike.  I just can't tell you enough how fun trainng for this Ironman was from meeting several new peeps, assisting with the sell out + WIBA TRI camp, etc. For me being in the tri stuff for almost 15 years this has by far been the best of times I can remember.

Goggles:
Nutrition:
Packed my bike in a soft back where only the wheels needed to be removed.  Yes you heard that right only the wheels.  Choose this bag cause I did not want to deal with the hydraulic brakes and DI2 wires.
Thursday:

Friday:
We found a nice resturant one block away that was very very very good and the price was perfect compared to the freaking hotel price.

Later we met up with a few peeps and rode our bikes for one loop of the Ironman Course.  Well after leaving transition you are welcomed with a nice steep .25 mile climb at a ~ 5-6 grade.  Then you turn onto a bike path that is shaded, fast, and flat, after this you run through a parking lot that leads you onto a highway shoulder where you run a few miles then down over a bridge that welcomes you to the north side of the river and the hills.  The best part is you get to do this twice.  I new this was going to be a difficult run before but glad I got to at least see it.

After the biking the run course we loaded up the car and drove one loop of the bike course.  Yep its going to be a fast course for a lot of people.

Saturday:
Turned in the bike and transition bags.  Note since I don't trust my DI2 battery I had to take it out and what a hastle that turned into.  It was stuck and we struggles for about 15 minutes when it finally came loose.  I then  ate my last meal around 12:30,  then to Walgreens to grab some Gatorade and waters.  I then went back to the hotel and put the feet up hydrating with gatorade and watching football.  Went to bed at 8:00 P.M.

Sunday:
Alarm went off at 0300.  I slept pretty well but that is still damn early.  For my breakfast I drink strawberry ensure.  Its 350 calories per bottle and I take in 4 of them along with a liter of water with 2 Nuun tablets.  I met John in the lobby along with his wife and Christine.  They were kind enough to drop us of near the bike transition.  I made my way to my transition bags to add a few items such as a 6oz coke that I left open all night to get flat.  My plan was to drink this around mile 90 of the bike, sunglasses in the run bag along with a bonk breaker to eat in T1.  I then made my way to my bike, pumped the tires up to 120 psi, then put in my DI2 battery with out any issues.  We then met Wendy and Christine near the Ironman Village and jumped on the bus which bused us 2.5 miles upstream.  They were kind enough to sit with us, keep us company throughout this long wait, and then take our back packs which had our morning clothes in it.

Note the swim was a 2.4 mile swim that was all down stream-so we knew we would have some sort of current but not sure how much.  It was wet suit optional.  Since I was not going to be qualifying for Kona at this race I opted to where a short sleeve wet suit.  I was suprised to see just how many peeps were wearing wet suits.  The swim was a time trial start and they were having three people jump off the barge into the river every three seconds.  They had all the racers in the water within 30-40 minutes.

After dropping off our transitions bags we boarded the buses which bused us 2.5 miles up the road to the swim start.  There we had to wait in line until the swim start.  The swim was a time trial start to every 3 seconds three peeps were jumping feet first into the river.  Note I wore a wet suit so everyone whom wore a wet suit had to go last.  So we entered the water around 8:00 A.M.  Very minimal contact and the current was swift in some areas but seemed stronger towards the middle.  We were to keep the bouys to the left of us.  I was sighting every 10th stroke and was trying to find a mark on the bridge vs using the bouys.

Transitons for me need a lot of work cause I change completely in each of them.

Note the bike was 116 miles vs 112 miles due to many reasons but we all had to do it and still a PR.  Despite the tacks thrown on the course along with the oil slicks.  I had a freaking blast.  I trained for this course several times on the Ironman Wisconsin course so was well prepared.

Nothing special about this bike but lots of fast fast fast up's and down's.  For me one of the easier IM bike courses I have gotten to partake in.

The first 4 miles of the run I thought several times of throwing in the towel.  One of my team mates said to me, "already".  I have never experienced back spasms before but HOLY HELL it was on....I just kept moving one foot in front of the other and cont to yell, scream, stop, stretch, and beg for mercy.  I am not sure what caused it but maybe the last 20 miles in the aero position pushing my effort well above my FTP to try and make some space......

This run course was by far one of the hardest I have ever seen or partaked in but was able to negative split it despite all the hills and negative thoughts going on in my head.

Coming into the finish line I as always heard and spotted my wife right away and had tears in my eyes.  I fought hard for this finish and PR so I was very very very happy..... 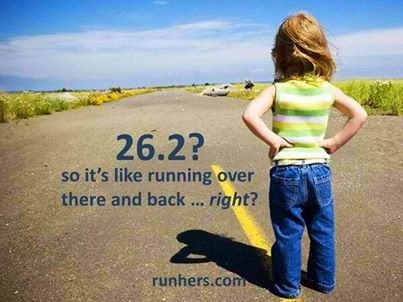 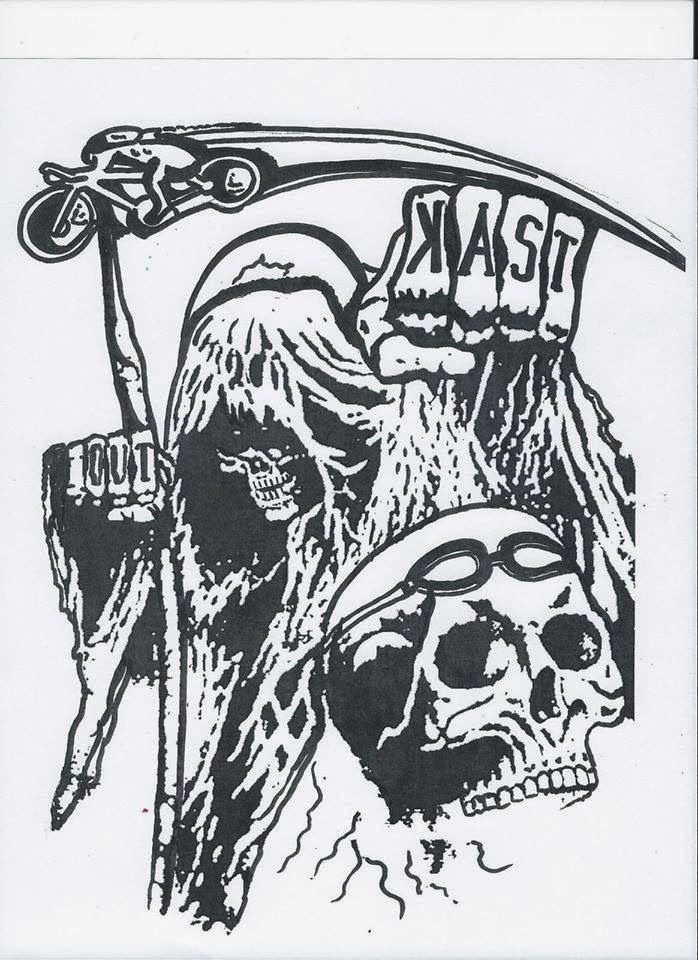 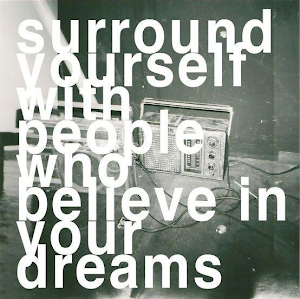 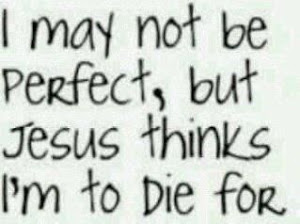 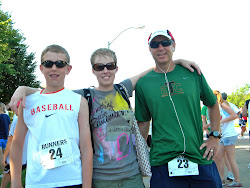 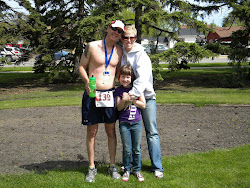 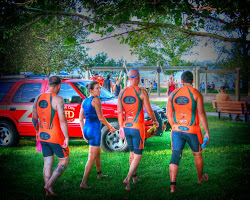 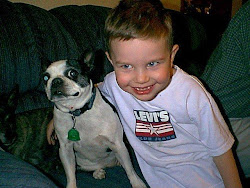